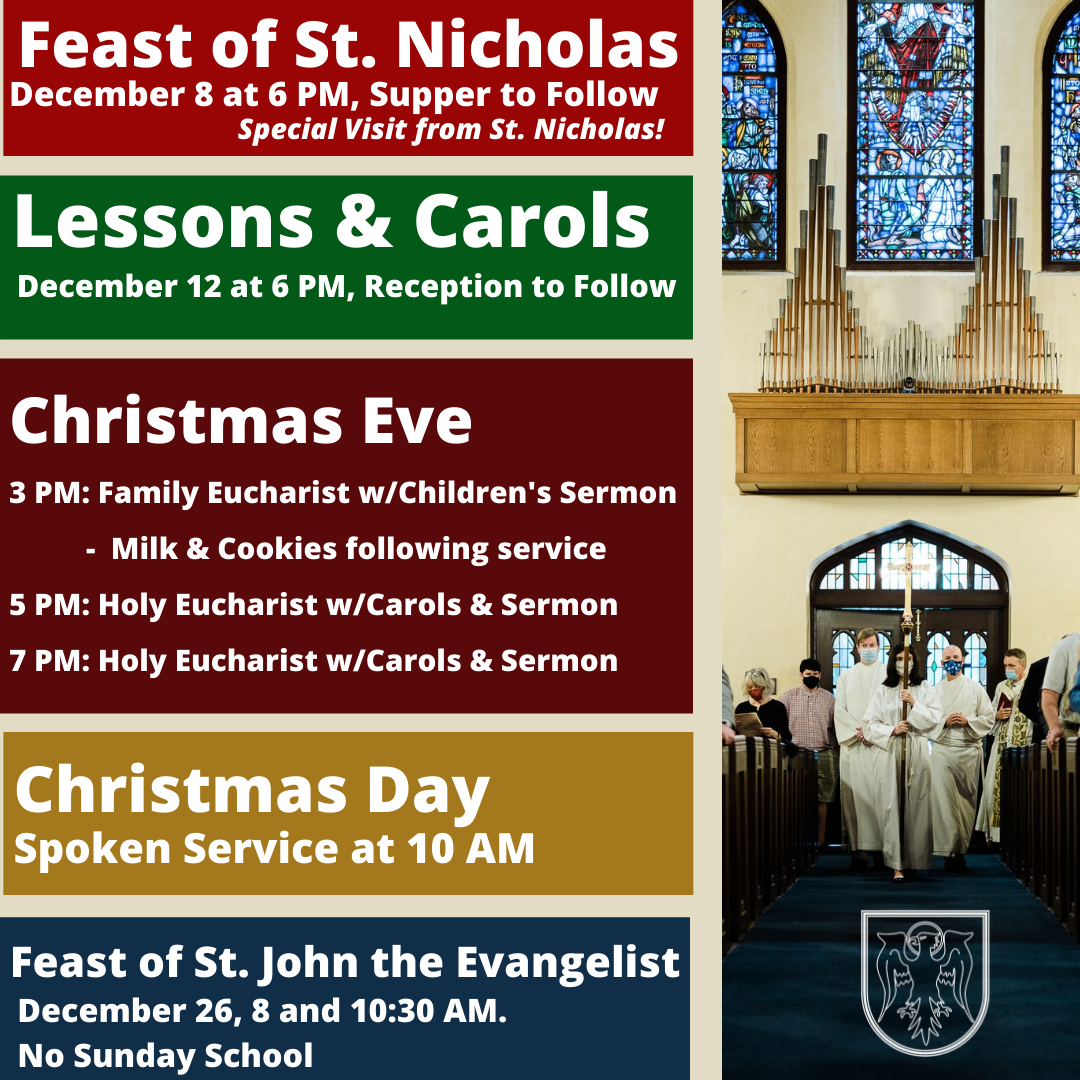 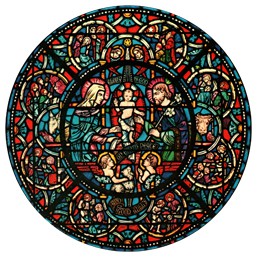 THE WINDOW is carried out in varied medallion designs decoratively and symbolically treated. In the central medallion is the Nativity of our Lord. The Christ Child, bathed in the light of the Star and enclosed in a vesica, is the focal point not only of this medallion, but of the window. On either side close by are Mary, the mother, and Joseph with his budding staff, while above and below are shown the angels who brought the glorious message, "On earth peace, good will toward men". At the left and the right are ass and ox, and doves of peace: peace that can come only to a world motivated by the love of Christ. Below the manger is the Lamb, symbolizing Jesus as " ... the Lamb of God, who takes away the sin of the world!" (John 1:29)

In the surrounding border are eight medallion scenes in smaller scale relating to the birth and childhood of Jesus. Beginning at the bottom left and proceeding clockwise, these are as follows:

The inscription reads, "Glory to God; on earth peace and good will".

When the church building is completed this window will be moved to the west transept which will be the baptistry.

This window was Given to the Glory of God and in loving memory of Nellie Parsons by a friend. Dedicated February 27, 1944.