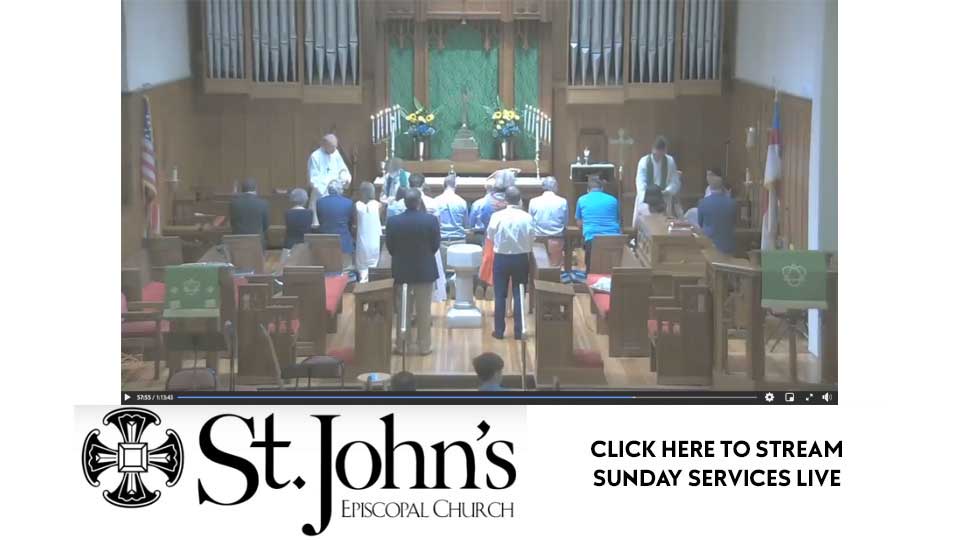 Men have always sought to express their ideals and philosophies through the creative arts: painting, music, architecture. One which combines painting, design and symmetry is stained glass windows used in churches and other public buildings.

When it was decided to seek memorials such as furnishings and stained glass windows for the beautification of the church, the vestry passed a resolution that whatever memorials are placed in the church be only of the finest quality and workmanship and have the full approval of the rector and vestry. This policy has been strictly adhered to, resulting in the beautiful windows pictured and described herein.

After careful research and on the recommendation of Mr. Walter F. Petty, architect, The Willet Stained Glass Studios of Philadelphia was selected to do all the windows so as to have uniformity in quality and workmanship.

With the exception of the Nativity Window all of the windows were conceived and delineated by J. Kenneth Morris: that is, he determined the subject and did the research and specifications for the designs on which the artist based his work. All of the art work and craftsmanship was done in the Willet Studios under the direction of Henry Lee Willet, with whose cooperation and suggestions St. John's has been transformed into one of the most beautiful and worshipful churches in South Carolina.

The Windows of St. John's may be divided into two groups:

The windows will be described in the order one views them upon entering the church from the narthex on Wheat Street and proceeding clockwise around the church's interior.

St. John's Church is of Gothic design; however, the building has never been completed: the present chancel is now included in what will be the nave and crossing of the finished structure. Completing the church will not add significantly to the seating capacity but will add much to its architectural beauty. The church will then be cruciform with a small chapel in the east transept and a baptistry in the west transept. A short open passageway will connect with Heyward Hall and a new altar window will be designed.